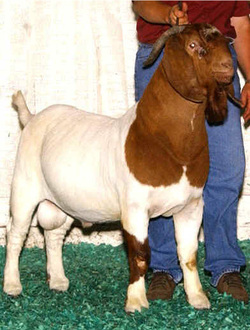 This outstanding buck is the sire of our herd sire WFBM R178 (Prince Dewlap).  Mr. Chuma is said to come from the "magic family" of goats.  He was won multiple shows all over the country and his offspring are following in his hoof prints. 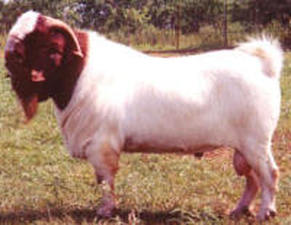 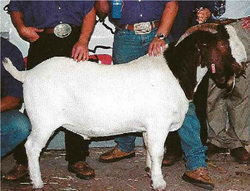 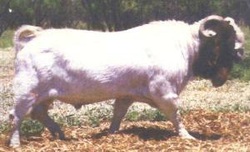 This buck was imported from South Africa.  He is considered one of the greatest Boers in the industry 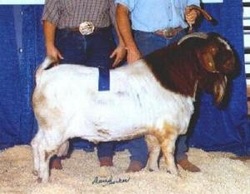 D.O.B
Sire:
Dam:
EGGStreme is the ABGA Ennobled Buck to produce an Ennobled offspring. A son of Sasquatch, a Nico Botha bred buck, and out of Nkai, a Venter bred doe, EGGStreme achieved ennoblement at 35 months of age. He is an embryo litter-mate to EGGSpensive, the 1997 ABGA National Champion Junior Doe. 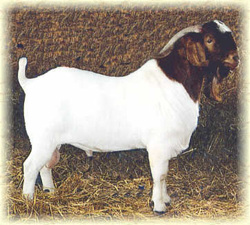 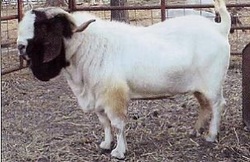 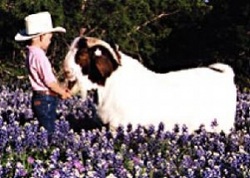 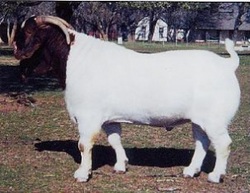 D.O.B
Sire:
Dam:
He is sired by Ennobled Downens' Big 85, sired by the great South African Boer Buck 007. Pipeline is out of Lobola S.A., the daughter of Ennobled Downens'519. Pipeline is very structurally correct with heavy bones, tremendous muscling and length. It is said by many admirers that, "Pipeline has a butt like a hog." This outstanding quality of muscling and length is obvious in his offspring as well. Pipeline has surpassed his ancestors and has developed into a type of his own. 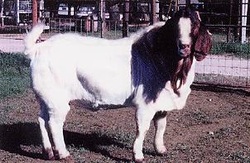 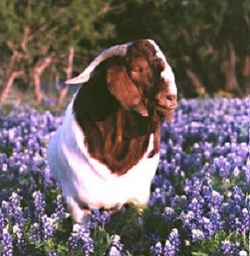